Fried Egg with Bacon or Ham.

Grilled Cheese with Bacon or Ham

Fish Burger Served on a Toasted Bun with Tarter Sauce.

Our Steak and Chop Sandwiches are Broiled to Order.  Served with Complimentary Cup of Soup, French Fries or Cottage Cheese, and topped with Lettuce, Tomato, ad Pickle.

B.L.T. Club … An All American Classic!

Our Satisfying tortilla Wraps are served with Fries and Complimentary Cup of Soup. 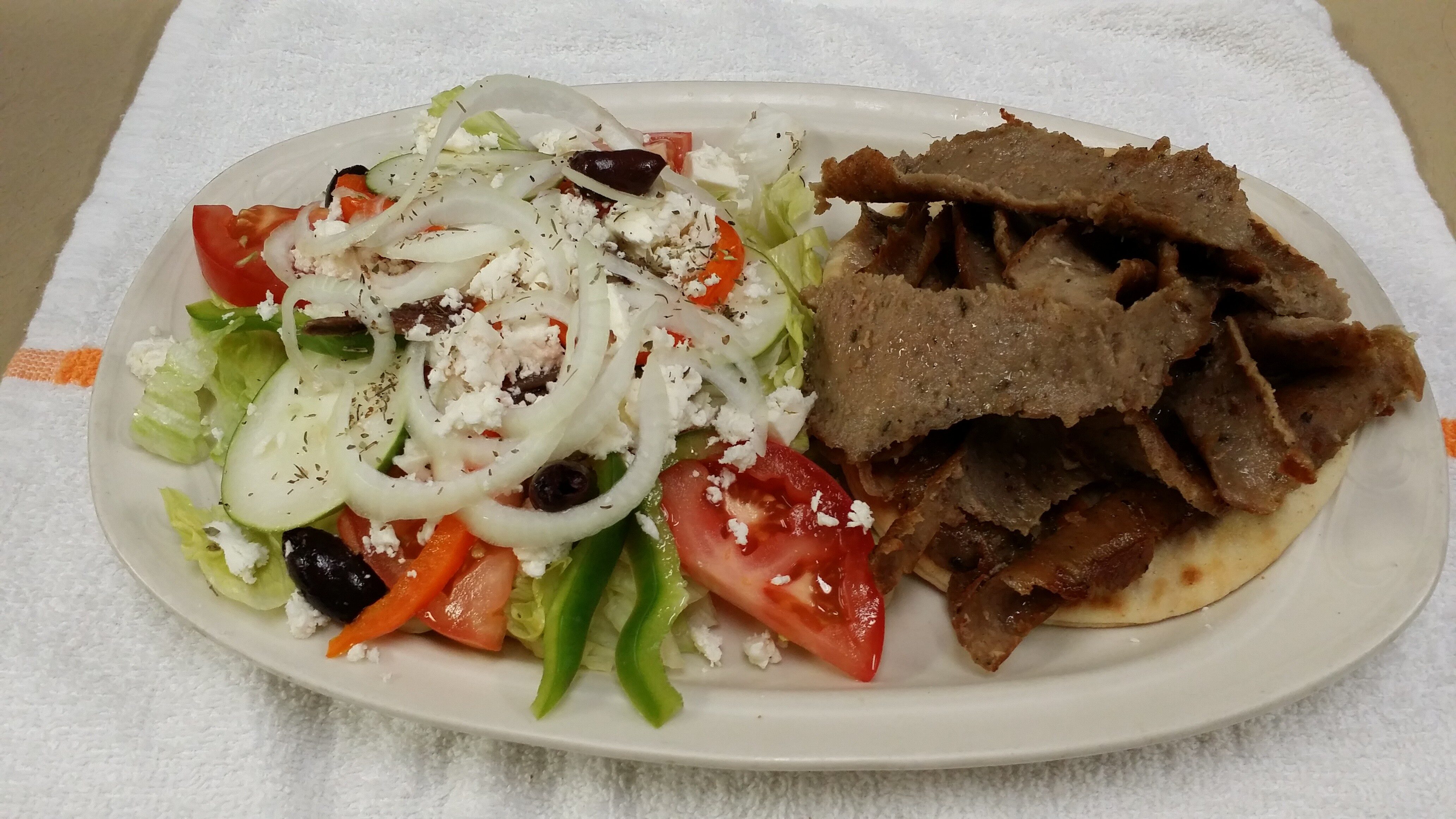 Gyros Plate … Served with Small Greek Salad, Cup  of Soup and Our Own Special Cucumber Sauce.

Deluxe Gyros Sandwich … Served with French Fries, Pickle,and Our Own Special Cucumber Sauce with a Cup of Soup.

Gyros Sandwich with Chips … Served with a Cup of Soup.

Side order of Gyros Meat … With Onions and Tomato.

A Delicious Continental Specialty!  Gyro is a Lean blend of specially selected portions of beef and lamb.  It is lightly seasoned and cooked to sear the outside so that the juice and flavor are sealed inside.  The meat is cooked to order in the AUTODONER, which gives it the charcoal-like flavor.  Served on nutritious Pita Bread.